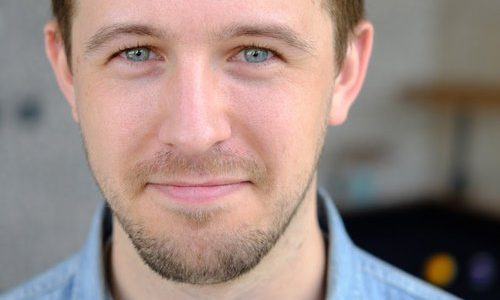 Stuart Thompson’s easygoing stage presence is a clever ruse. You’re expecting standard fare, but instead the versatile comedian has a wide array of voices, impressions, and original material in his repertoire. Stuart’s vibe is classic, but his opinions, outfit choices, and premises are modern. He might look like a late-night legend, but he delivers a wholly original point of view, earning dependable laughs with his ever-present charm. It’s no surprise then, that Stuart has carved out a successful comedy niche for himself in Los Angeles’ notoriously competitive scene. He co-hosts a monthly late night talk show at the famous Hollywood Improv Lab, The L8 Night Show with Stuart and Luke. He also regularly performs at the Improv and the Comedy Store, and was a finalist in the San Francisco International Comedy Competition.Stuart’s won acclaim elsewhere as well, and regularly opens for touring comedians like Dana Gould, Bobby Lee, and Steve Rannazzisi. He’s also used his acting chops on Robert Rodriguez’s ”Matador” (El Rey Network). In addition to creating his own material, Stuart has written for National Lampoon and the CBS Diversity Showcase. For more Stuart, check out the L8 Night Podcast.