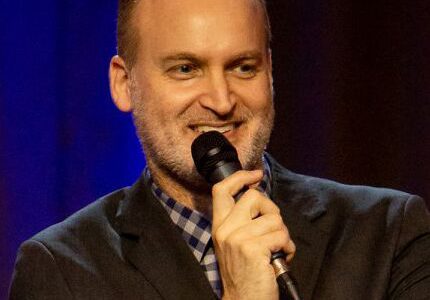 Jason Scholder’s fish­-out-­of-­water comedy mines the litany of life choices that made him a pathologically unemployable, single Jewish father, of a borderline anti-­semitic and precocious daughter, living in The South. This ”Midlife Comic” started Stand Up Comedy as a 46th birthday present to himself, and has since performed at The Comedy Store, Rooster T Feathers and multiple Comedy Zones. Jason was selected into the 2019 North Carolina Comedy Festival and the 2019 Queen City Comedy Experience in Charlotte. Jason has shared the stage with Sean Patton, Andy Hendrickson, Michael Palascak and Mia Jackson. Jason hosts and produces numerous comedy shows, including Talk About Funny & Not Quite Kosher Comedy as well as a podcast called Learning To Fail. You can follow his schedule and learn more about Jason at JasonScholder.com