This workshop will focus on two person scenes – the most fundamental building block of all longform improv. In this workshop you’ll lean to play solid, committed characters by taking care of yourself first and therefore giving your scene partner and yourself a foundation for amazing discoveries. We’ll focus on making emotion-based choices rather than relying on jokey lines & forced premises. By listening to what your scene partner is giving you through their strong choices, the scene and therefore the comedy will flow organically. This leads to simpler, more satisfying scene work.

Say hello to our food sponsor Melt Kitchen! In the mean time check out their website http://www.meltkitchenandbar.com/ and take a look at their awesome food. 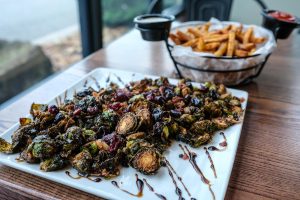